A series of stories examining why so few victims of sexual assault get justice.
The Star Tribune Link to Story

Shielded by the badge

A Star Tribune investigation that found hundreds of police officers who had been convicted of crimes but weren't sanctioned by the state's licensing board.
The Star Tribune Link to Story

The number of school-age children is on the rise again in Minneapolis and St. But the number enrolled in their home school districts is still falling. Mostly, other public schools. Nearly one-third now attend charter schools and schools in other districts. The same thing is happening in the suburbs and around the state, with some schools gaining and others losing.
The Star Tribune Link to Story

A cry for help

A 3-part series focused around fact that 40% of the people killed by police in Minnesota were mentally ill or in the midst of a mental crisis. All the work stemmed from a database we built of all the deaths since 2000, culled from media reports, death records, police records, etc.
The Star Tribune Link to Story

From his bench on the second floor of Hennepin County’s juvenile courthouse, Judge Luis Bartolomei will determine the future of five American Indian families. Among them: A father accused of beating his 8-year-old daughter. A mother who gave birth to a methadone-addicted baby. A mother who at one point shot up heroin eight times a day.
The Star Tribune Link to Story

Stacey and Ardy Gibbs ran into the same problem that face many Twin Cities homeowners these days: selling their house was a snap but buying another was difficult. What’s worse, the couple live in Richfield, the hottest real estate market in the metro. They looked at nearly 30 houses, offered on two and lost out to other buyers.
The Star Tribune Link to Story

Housing prices were just starting to slip a decade ago when Erin Simonson paid $152,000 for a tidy split-level on the northwestern edge of the Twin Cities suburbs. The market tumbled for the next three years. Her house lost more than half its value. Simonson couldn’t sell, but unlike many in a similar situation she opted not to walk away and let the house go into foreclosure.
The Star Tribune Link to Story

An analysis of elementary school enrollment data, by race, going back to 1980-81, shows a dramatic shift. In the mid-1990s, Minneapolis and St. Paul schools were very integrated -- thanks to busing and other integration efforts -- while the suburbs were nearly all white students. That shifted after 2000, as the suburbs diversified and the urban schools became almost entirely minority.
Minneapolis Star Tribune Link to Story

An analysis showing the flow of concert tickets to secondary ticket markets, such as StubHub, that make it difficult -- or at least more expensive -- for people to get tickets to their favorite shows.
The Star Tribune Link to Story

A weekly digital feature that I lead. We publish short stories, stemming from data, on a wide range of topics.
The Star Tribune Link to Story

Where the Jobs Are

I was the primary reporter for this multi-part series looking at various aspects related to jobs. In particular, please look at "Where the Jobs are-The New Blue Collar" and "Could a robot do your job?"
USA Today Link to Story

Elected officials, law enforcement officers and others proclaim there’s a heroin “epidemic” sweeping the country, and it’s taking hold in rural and suburban communities once considered unlikely places to find illicit drugs. Nobody even knows for certain where the problem is most severe. The Centers for Disease Control and Prevention reported that 3,036 people died in 2010 from heroin overdoses, but due to problems with how death investigations are conducted and how those deaths are documented, the CDC estimates that its tally is at least 25 percent short, possibly more.
various DFM papers Link to Story
View More Stories

MaryJo started her journalism career in 1995 at a small, daily newspaper in New Ulm, Minn., where the so-called "dumb terminals" used for writing stories didn't even have spell checking, let alone the Internet.

After a few years at the Oshkosh (Wis.) Northwestern, she attended graduate school at the University of Missouri-Columbia. A graduate research assistant position with Investigative Reporters and Editors built up her data skills and introduced her to the fabulous world of data journalism and the NICAR community.

After graduation, she worked at the non-profit Center for Public Integrity, leading a national, data-driven investigation into campaign finance abuses. Then she spent nearly three years as the sports data editor for USA Today.

In 2005, she chose to move to her home state of Minnesota and spent nine years as data editor at the St. Paul Pioneer Press.

Her contributions to the Pioneer Press were wide-ranging, including development of a set of public searchable databases, a steady stream of data-driven stories, and the more than two years she spent reporting on the spectacular and massive crash of Twin Cities' auto mogul Denny Hecker (writing more than 150 stories in that time).

She returned to USA Today in a contract position, working from Minnesota, as part of their data team. She was the primary reporter on a series of business stories called, "Where the Jobs Are."

In March 2015, Webster joined the Star Tribune as its data editor. She has been a key player in numerous projects, including Pulitzer-finalist "Denied Justice", "Shielded by the Badge", "A Cry for Help" and "Students in flight," as well as smaller-scale enterprise stories on housing, teen deaths, school segregation, police misconduct payouts, and a variety of other topics. She also launched Data Drop, a weekly, data-driven, digital-first series.

Webster taught data journalism part-time at the University of Minnesota for about 10 years, and is a regular panelist and teacher at national journalism conferences and workshops. In 2018, she spoke at the International Open Data Conference in Buenos Aires. She served as a Senior Data Fellow for the 2020-21 data fellowship program run by the Center for Health Journalism. 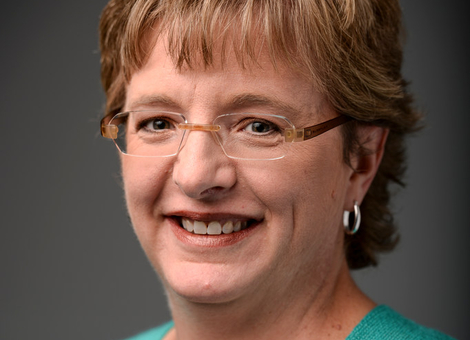